Women have made giant leaps in their presence in STEM-related occupations over the last few years.  The National Center for Education Statistics (NCES) states that from 2009 to 2016, there was a 43% increase in women who graduated with STEM degrees.  While there is still a lot of progress to be made, women have made considerable strides in bridging the gender gap in the fields of science, technology, engineering, and math.  To encourage young girls to explore STEM careers and help bring awareness to the amazing women who have paved the way and changed history with their inventions and discoveries, it’s important to celebrate women in STEM!

You can help encourage female students to explore and work toward STEM fields if those are the areas that they’re excited about and interested in pursuing.  There are many excellent female role models and barrier-breaking women in STEM jobs today.  While there are several widely known female scientists and engineers, many are lesser-known but have changed the world with their contributions.  Here are three fun ways to celebrate women in STEM and some female historical figures that deserve recognition.

Ways to Celebrate Women in STEM in the Classroom

To help students understand the importance of women in STEM careers and how their influence has impacted our everyday lives, introduce them to important women in all areas of STEM.  There are many famous women in STEM who are widely known and studied, but there are also many women who had enormous impacts that have often been overlooked.

Sharing women from a variety of backgrounds, ethnicities, time periods, and career areas will help students understand that any woman can make an impact in science or math.

Women in STEM Bulletin Board

You can easily create bulletin boards to feature the women in STEM that you study in the classroom.  Bulletin boards are great ways for students to highlight specific women that interest them the most or bring awareness to famous women in STEM who might not get as much of the spotlight.

Give your students the opportunity to help design and construct your bulletin boards using the Women in STEM bulletin board resource.  Students can study each historical figure and then use the printable pictures, labels, and lettering to create a bulletin board.  You could even have them write a short paragraph or two that elaborates on the contributions that specific woman made or share why they feel it’s important to study that woman.

Flip books are great interactive tools for students.  You can easily create a “Women in STEM” flip book for the entire class to use or have students create their own individual flip books.

These are great for an early finisher activity or as study tools. You could also use this as a small group activity and have groups each take a field or type of career and create flip books.  Allow students to study their specific figures and then share them with the entire class.

If you have science centers or rotations in your class you can create a Women in STEM station. At this station students can read informational articles about famous women.  If you use the Women in Science Biographies resource, you can even use the included questions to assess what students learned and retained when reading.

Consider adding additional reading materials, a research station such as a tablet or computer where they can safely obtain more information, hands-on activities or experiments that relate to some of the women featured, and a writing station.

You can do these activities when celebrating women in STEM. You can also study famous inventors, historical Black figures, or other influential people using the same instructional methods!

There are so many amazing women you can study during Women’s History Month (or anytime throughout the school year). So many of those women go without the recognition they deserve though. Here are just a few women who broke barriers and were pioneers in their fields that aren’t celebrated as frequently.

Grace Hopper was a computer programmer, mathematician, and rear admiral in the US Navy.  She was a leader in computer programming. She held several honors, including the Society of Women Engineers Achievement Award and a Presidential Medal of Freedom for her accomplishments in the field of computer science.

Maggie Gee was a pilot, researcher, and physicist.  She idolized Amelia Earheart. When World War II began, she decided to leave school to pursue her dreams of becoming a pilot. She saved money from her job in a shipyard and took flying lessons, earning her license in just 6 months.  Then she applied for ​​the newly formed Women’s Airforce Service Pilots training program, known as WASP. Maggie was one of only two Chinese Americans.

After serving in WASP, she went on to study physics. She worked on researching weapons systems and nuclear and magnetic fusion programs.

Hedy Lamarr was an Austrian-American inventor. however, she was most widely known for her acting career.  She was a curious child who loved to take things apart to find out how they worked.  Growing up, she took acting lessons and played several roles in the 1930s.

Along with George Antheil, she helped to create a system that used radio waves to guide torpedoes in the water.  The two patented the system but the US Navy decided not to use it.  The patent expired and Lamarr never made any money from the idea.  However, she was later inducted into the National Inventors Hall of Fame for the invention of this frequency technology. She is also credited with creating the system that present-day wifi, Bluetooth, and GPS work from.

These are just a few women that made important discoveries or heavily influenced scientific programs during their lives.  There are many other women that you can study with your students.  If you’d like an easy, no-prep resource that includes the informational texts and bulletin board materials, you can grab the Women in Science Biographies & Bulletin Board Bundle. This resource includes everything you need to implement the activities I mentioned in your classroom!

This is a great resource to use during Women’s History Month, or anytime throughout the year! 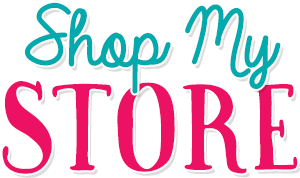 Stay up to date!

Subscribe to the newsletter to get updates on all our latest product releases, sales, and some free goodies!

It’s going to be a good weekend! 🥰

I started the week feeling a bit overwhelmed. Stat

Happy Saturday! I’m outside by our @minnidip poo

Enjoying the beautiful weather after a week of tes

Finally added more science games for you just in t

Have you ever read this? I'm reading it for the 2n

Cheers to the first day back after an amazing spri